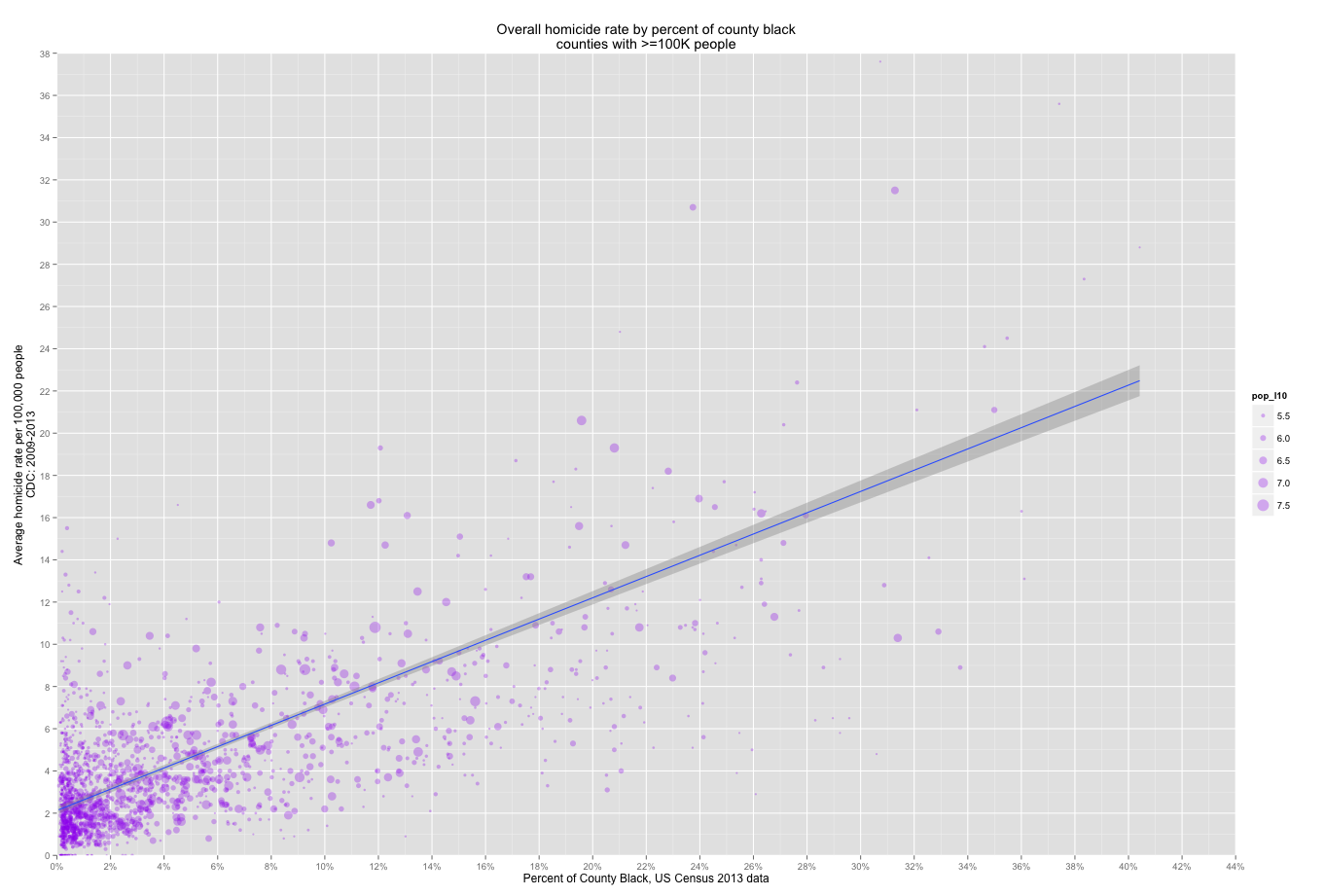 Earlier on twitter I shared some scatter plots comparing homicide rates by percentage of each state black.

Since some people believe this might somehow only be a state-level issue, I thought I’d just quickly plot the data at a county level.

Including even the smallest counties, a number with zero homicides, the correlation isn’t quite as strong (r=0.58):

Even in relatively modestly sized counties (50-200K people), the correlation coefficient is 0.58.

I am, of course, not the first person to take this sort of approach.  Ron Unz analyzed this in 2013 at a city level, on an annual basis, and for a variety of other crimes, but my approach is somewhat different (CDC stats vs FBI UCR; multi-year average; and scatterplots vs reporting correlation coefficients).  My results are generally consistent with his with respect to blacks and homicide rates (somewhat weaker correlation, but that’s not surprising given counties vs city differences).

However, he is wrong about hispanics though.  There is a weak correlation (r=0.05) without any controls, but their demographic footprint and relatively low homicide rate (as compared to blacks) masks the signal a bit.  Similar confounds also exist for asians.

I quickly modeled the percentage black, hispanic, asian, and white to suss out the relative impacts of various groups at once.

The coefficients are approximately:

No doubt I could improve this and take this analysis further, but that’s enough for now. 🙂