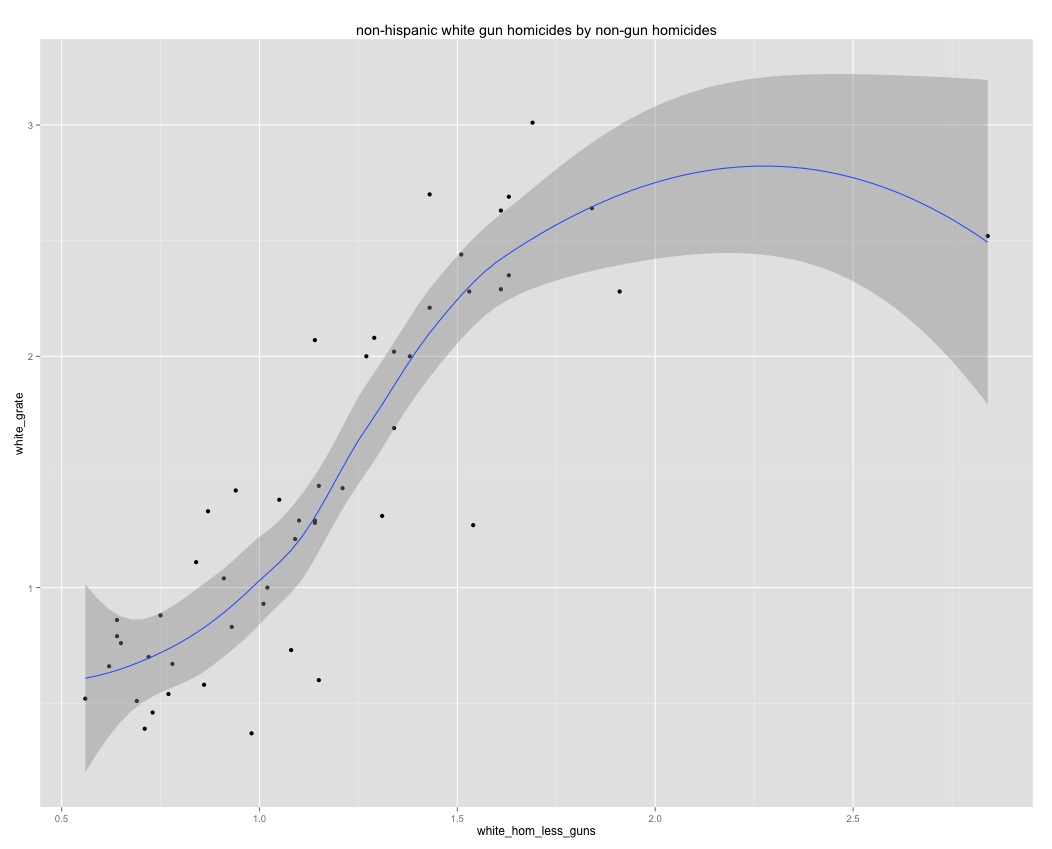 While I am personally ambivalent about gun ownership and suspect it plays an incremental role in relative differences between countries/regions/etc (holding other things roughly equal), I thought I’d add some perspective into this argument about the presumed causality of gun ownership on homicide rates.

I downloaded the 2009-2013 data for gun-related homicides by race/ethnicity from the CDC’s WONDER database  and compared it to the gun ownership rate data via wikipedia.

I do not feel like doing a lengthy analysis here and now, but suffice it to say that once you remove suicides and race/ethnicity from the equation the case gets much weaker.

There is no evidence of a positive correlation here for blacks and hispanics (if anything somewhat negative).

The states with high gun ownership and/or high gun deaths differ in more than just gun policy or attitudes towards guns.  State gun policy and, perhaps more importantly, individual gun ownership rates are hardly exogenous; it says something about the people in those states/households.   Changing West Virginia’s guns laws, whatever they happen to be, likely won’t make West Virginians behave like Minnesotans and (my guess) would have a much lesser effect on homicide rates than some might presume based on naive interpretations of simple correlations.